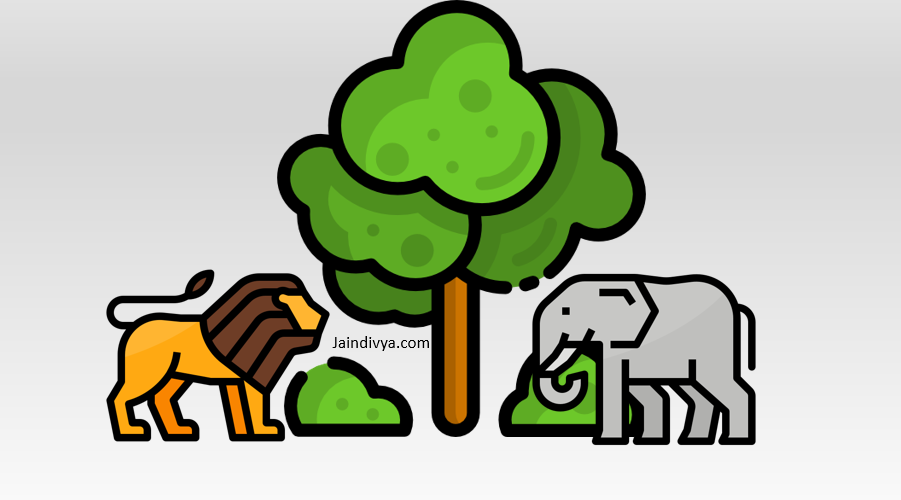 Once a Lion and an Elephant met. Both knew the soul and hence, they conversed with happiness-

Lion: O elephant! Where did you attain enlightenment?

Lion: Two saints came from the sky. I attained enlightenment from their sermon. Brother Elephant! What will you be in the future?

Elephant: I will become the twenty-third Tirthankara, Parshwanath and will attain salvation. What will you become in the future, Lion?

Lion: I will attain liberation by becoming twenty-fourth Tirthankara, Mahaveera.