I am sharing my experience of the visit to Moodbidri/South trip here. 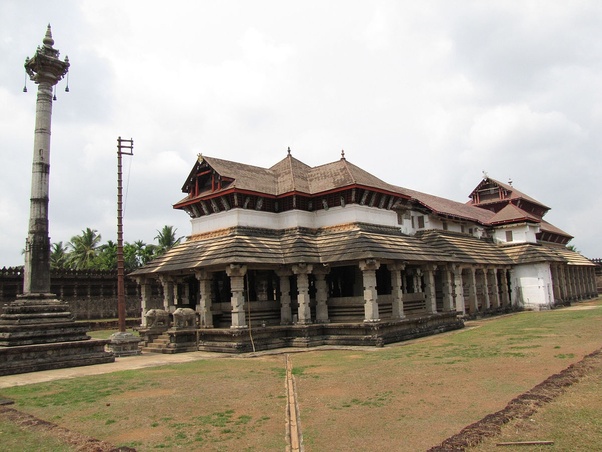 The idol attracted us with its glory. The main idol is surrounded by small idols which is commonly seen in every temple in Moodbidri. 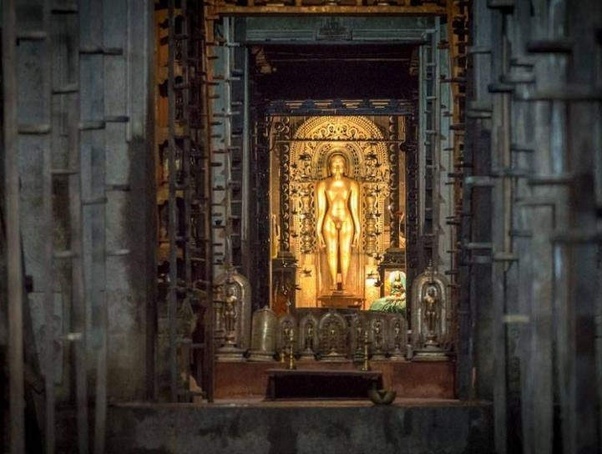 On the upper floor, there were small rooms with small doors. If anyone wished to enter them, they need to bend themselves. I think this was done to destroy the ego of the people in the past.

There was one more floor where a lady shows the idols made up of different gems like ruby, etc. with the help of deeps(earthen lamps). When you go up through the stairs, you will surely get a pungent smell of the stones. ANUBHAV told us that this smell comes from the old rocks which are away from the sunlight for years.

That’s all about the thousand pillared temple.

Besides this temple were two more old temples and a room where the original“Shatkhandagam” is kept. This book is kept with safety and only the specified bhattarak Ji shows this book.

After seeing the book, we moved ahead to visit the other temples. There were almost 10–12 temples in a single street on both sides.

It felt like people would have made separate temples in their homes in the ancient times. Each temple has almost same type of architecture similar to Guru basadi: 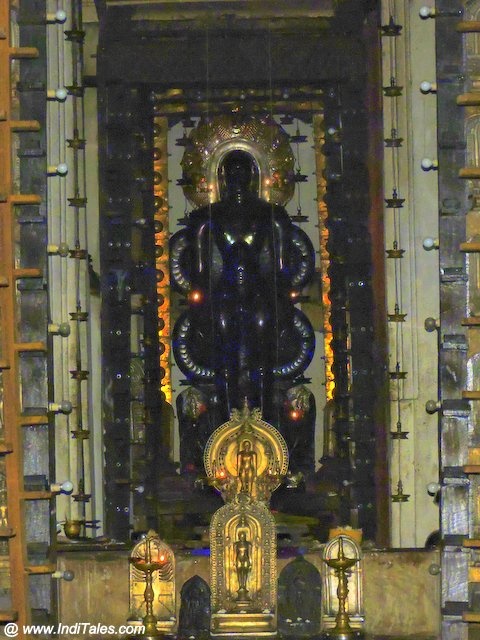 You can also read the history of the basadi(temple) written there: 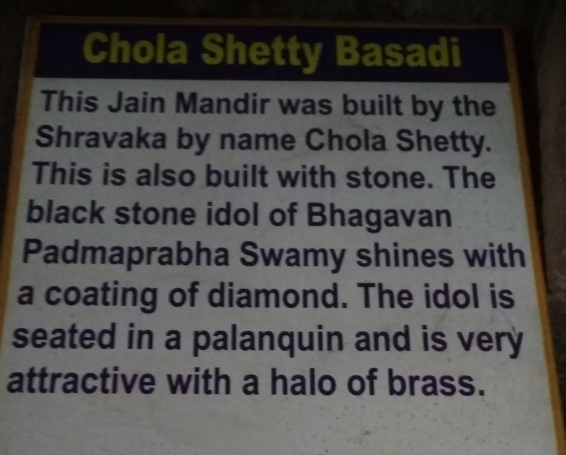 Moodbidri is a must visit for everyone who loves history and Jainism.

While visiting Moodbadiri, you will come across places like Dharmsthala, Karkala, Venur where the beauty of South and the history of Jainism mesmerizes you.

I would say Moodbidri is surely like the Kashi for Jains.