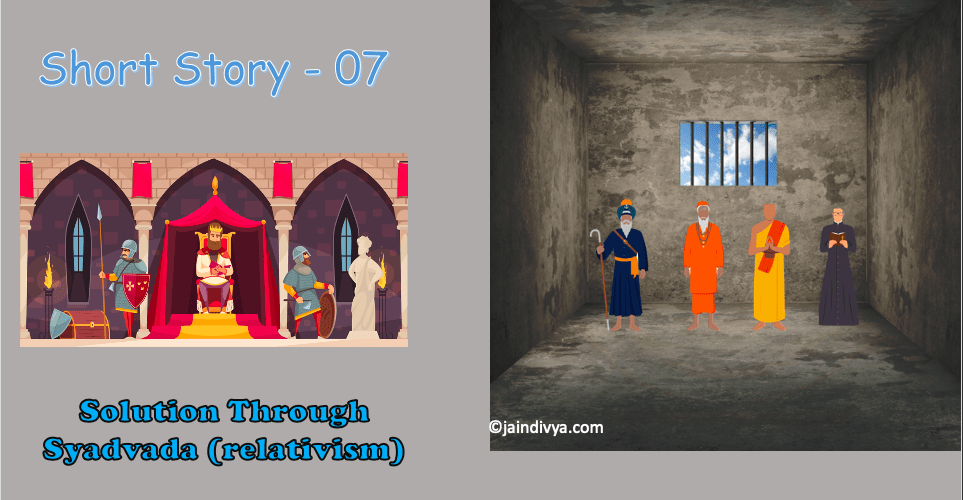 Once the powerful king of Datia, Vishwalochan, summoned all the religious leaders of his kingdom and ordered – “You will remain in prison till all of you agree to a single belief leaving your different beliefs.”

Those people were locked up in prison due to not being able to answer anything.

In a few days, a scholar named Divyanshu came there. After asking about his well being, the king asked “How did you like our city?”.

Scholar – “The city is beautiful but having many shops in the market is not good. Combine all and make a shop. Similarly, classes should be taught collectively in a hall instead of many classrooms in schools. If different departments of the hospital were terminated into one, then it would be so beautiful and easy. ”

King – “This is neither possible nor practical.”

The king realized his mistake and freed everyone from prison.

It is beneficial to live medially. On preaching the curious souls, those who will understand the true nature of things will travel on the path of liberation naturally.

If you liked the story, don’t forget to comment your views below. Do share it with others.