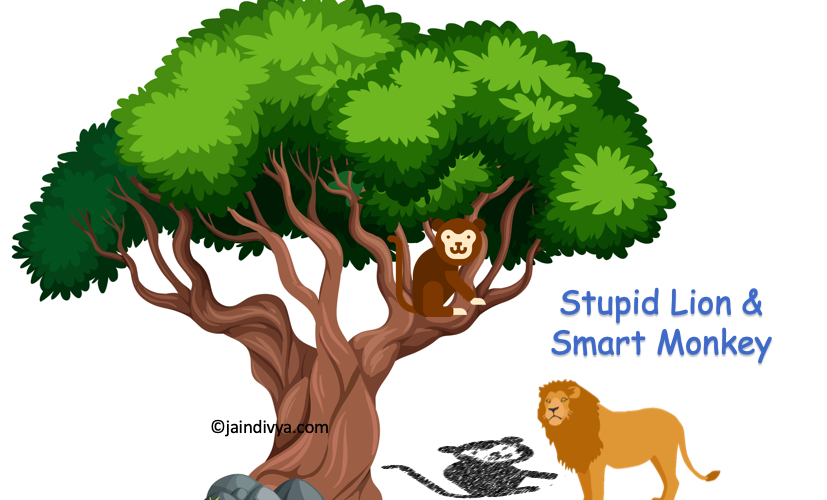 The monkey said to the lion, “Oh! Forest King, I am sitting on the branch here. The shadow that you see on the ground is not me. You won’t be able to get rid of your hunger with the shadow so don’t waste your time. No matter how much you stoop on the shadow, you won’t  get anything.”

The lion kept on stooping on the shadow regardless of the monkey’s advice. In the end, he became tired without getting anything.

In the same way, the king of the world, i.e. the soul is hungry for happiness. The soul is trying to get happiness from the outer material things which are like shadow and becoming sad by swooping on the material things.

So, the intelligent person(gyani) explains to him:

“Oh, soul! Happiness lies within your soul. This shadow like body and material things doesn’t contain happiness. So, don’t search for it outside. No matter how much you try but you won’t get happiness from the outer material things.”

In this way, this picture tries to depict that our soul is brave like a lion but it is suffering due to forgetting itself.