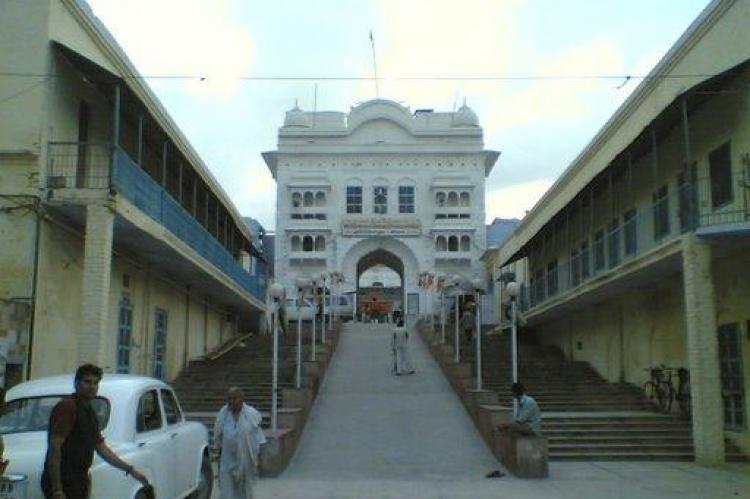 This story dates back to about 400 years. Despite being the place of kalyankas of three tirthankaras, there was no Jain temple in Hastinapur. The terror of some tribes didn’t let the people construct the temples.

Once, the king of Hastinapur was in need of 1 Lakh rupees for war. He borrowed this money from a well known Seth of Hastinapur, Sugan Chand Ji and told him to write it in his journal.

After the war, the king called Sugan Chand ji in his court to give his 1 Lakh rupee back. Sugan Chand ji denied taking the money as there was no such entry listed in his journal.

The king was amazed and asked him to check it again as it was a large amount. He found this written in the journal “Mandir Nirmaan khatir Raja k pass 1 Lakh Jama” meaning “1 lakh rupees is deposited to the king for constructing the temple.”

The king was surprised. He told him to take his money back but Sugan Chand ji denied. He said that he could not take the money given for donation.

The king of Hastinapur was kind and astonished by this large amount of donation. He called a meeting of all the tribes and ordered them not to interrupt in the construction of Jain temple otherwise strict action will be taken by the king.

So this is how the first Jain temple was constructed in Hastinapur.