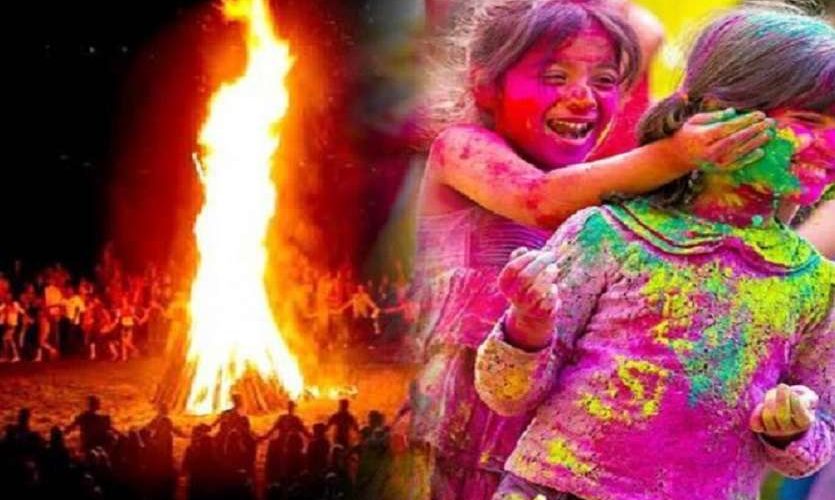 There is no significance of Holi in Jainism. However, there is a story behind this festival coming into practice.

Holi was the name of the daughter of a moneylender. She had an affair with another man with the help of her maid.

Later on, Holi thought that only her maid knows about this. If she told this to anyone, my life will be ruined so I should kill her.

Thinking this way, Holi burned the maid in the fire. The maid became the ghost(vynatar devi) in the next birth. With the help of her Avadhi gyaan, this ghost got to know how she was burned in the previous birth. Out of rage and anger, she woe the whole town with a disease.

The people started praying that if there is some heavenly being, please reveal yourself and they will fulfill all the wishes of him/her. Then the ghost appeared and told all the story of Holi. All the people asked her to tell her wishes.

After much insisting, the vyantarni said to make a structure of Holi with wood surrounding it with hay and burn it. Besides this, she asked the people to dance, sing, bow, circle around it and put the ash of it on their heads every year.

Later on, due to fear people continued doing it every year. This tradition spread everywhere and is celebrated as Holi till now.

This was how Holi started. Most of the people won’t believe the story. Hence, I must tell them that this story can be found in Hindi publication of Gyananand Shravakachar Ji at page no. 215.

The story of Holi in Hindi by Achyutkant Ji: